Which is Worse? Divorce or Death? 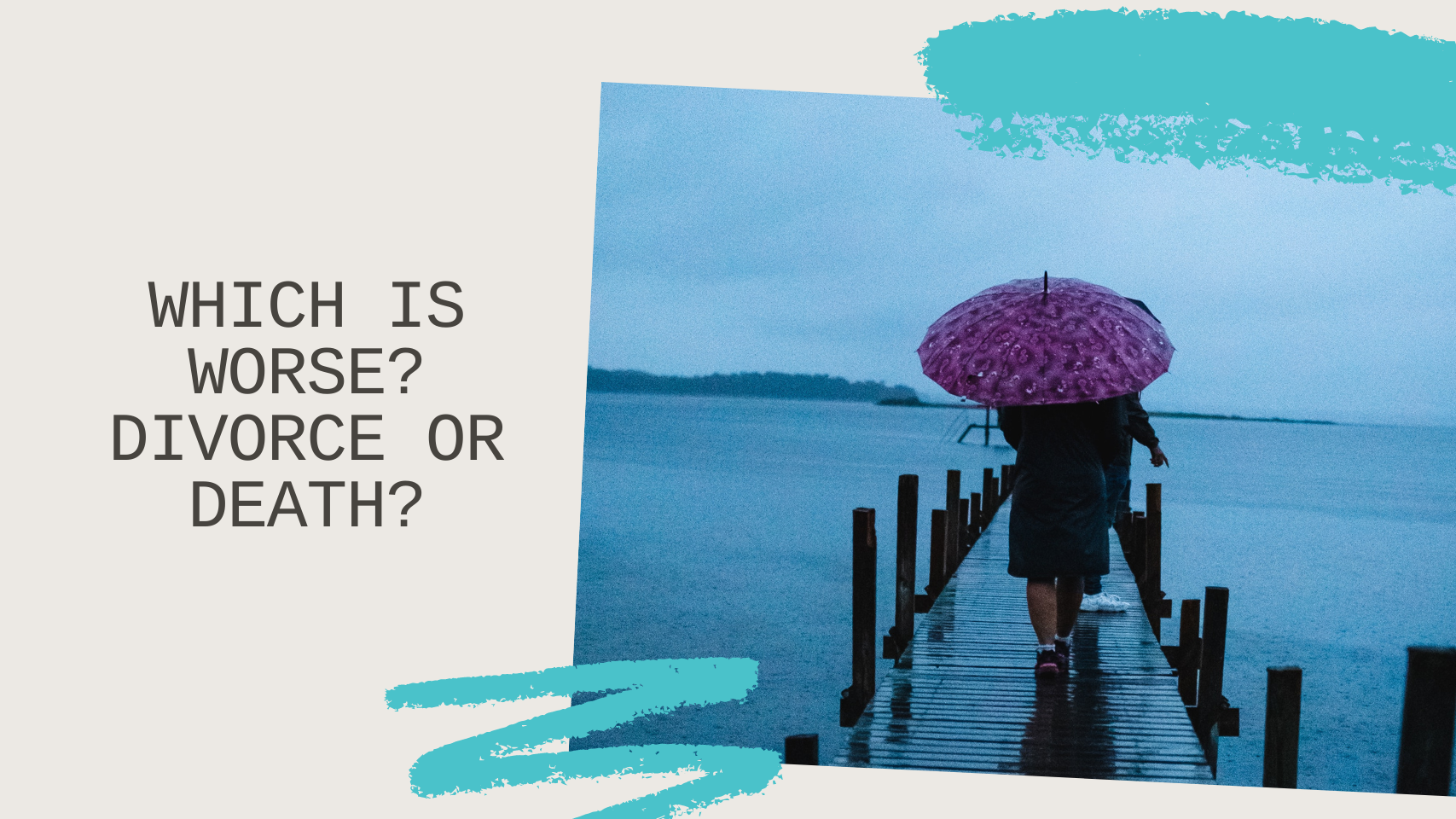 “I hate divorce,” says the Lord God of Israel, “and i hate a man covering himself with violence as well as with his garment,” says the Lord almighty. “So guard yourself in your spirit, and do not break faith.” Malachi 2:16

An editorial appeared in a Christian magazine that talked about two tragedies in two weeks. “The father is a Christian leader. The son is in his mid-teens, a wholesome boy emerging into young manhood. Most importantly, he is a Christian, largely through his parents’ influence. He spent the past month at a Christian camp. Last week the father had a phone call from the camp director. “I have bad news for you. Your son drowned this afternoon. He was in a canoe…” The father wept.

“The father is a Christian leader. The son is in his mid-teens, a wholesome boy emerging into young manhood. Most importantly, he is a Christian largely through his parents’ influence. He spent the past month at a Christian camp. This week he arrived home. “I have bad news for you,” his father said. “You know that your mother and I haven’t been getting along so well, so I’m divorcing her…she wants to stay together, but…” The son wept.

Which is worse – death or divorce? God does not hate death because Jesus Christ has overcome its sting. Read 2Corinthians 15. Believers are ushered into Christ’s presence for evermore when they leave this earth. However, divorce is very different. When two people marry, they say “I do!” God never wants them to say “I don’t!” Divorce can be worse than death in many ways. The marriage union dies, but the two people continue to live.

Malachi 2:16 clearly tells us that God hates divorce. Donald Stamps comments, “God hates divorce that is initiated for selfish purposes: this kind of divorce is like one “covering himself with violence,” indicating that unjust divorce is equal in God’s sight to gross injustice, cruelty and murder.” [Full Life Study Bible].

Why does God hate divorce? He does not want anyone to experience it because He is the God of love, faithfulness, kindness, forgiveness, and security. In Genesis, God created marriage to give friendship, help and completeness. Marriage is seen in the Bible as a picture of how Jesus Christ loves His church. There is harmony, unity, mutual respect, honor, mercy, and so much more. Divorce overturns all of this.

You cannot have divorce without having pain, shame, deep wounds and destruction. After the divorce papers are signed, the divorce does not end but continues. If there is a contentious partner, life does not heal. And what about the shattered lives of the children?

This is not a verse to encourage abused women to stay in an emotional, or physical damaging relationship. Neither is this verse meant to identify why divorced people have lives that are so difficult. Instead, this verse is to deter divorce. It is to lead people to seek God for answers to marriage difficulties. And God will answer!

God identifies things which can lead up to divorce. Proverbs 6:16 states, “There are six things the Lord hates, seven that are detestable to him: haughty eyes, a lying tongue, hands that shed innocent blood, a heart that devises wicked schemes, feet that are quick to rush into evil, a false witness who pours out lies, and a man who stirs up dissension among brothers.” Make a plan as to how to avoid doing any of these things.

Heavenly Father I declare that Your Son, Jesus Christ, is at the center of my marriage. I want to love my spouse the way Christ loves me. Guard my heart, my mind, and my emotions, from anything that could ever tempt ever me to consider divorce. AMEN!