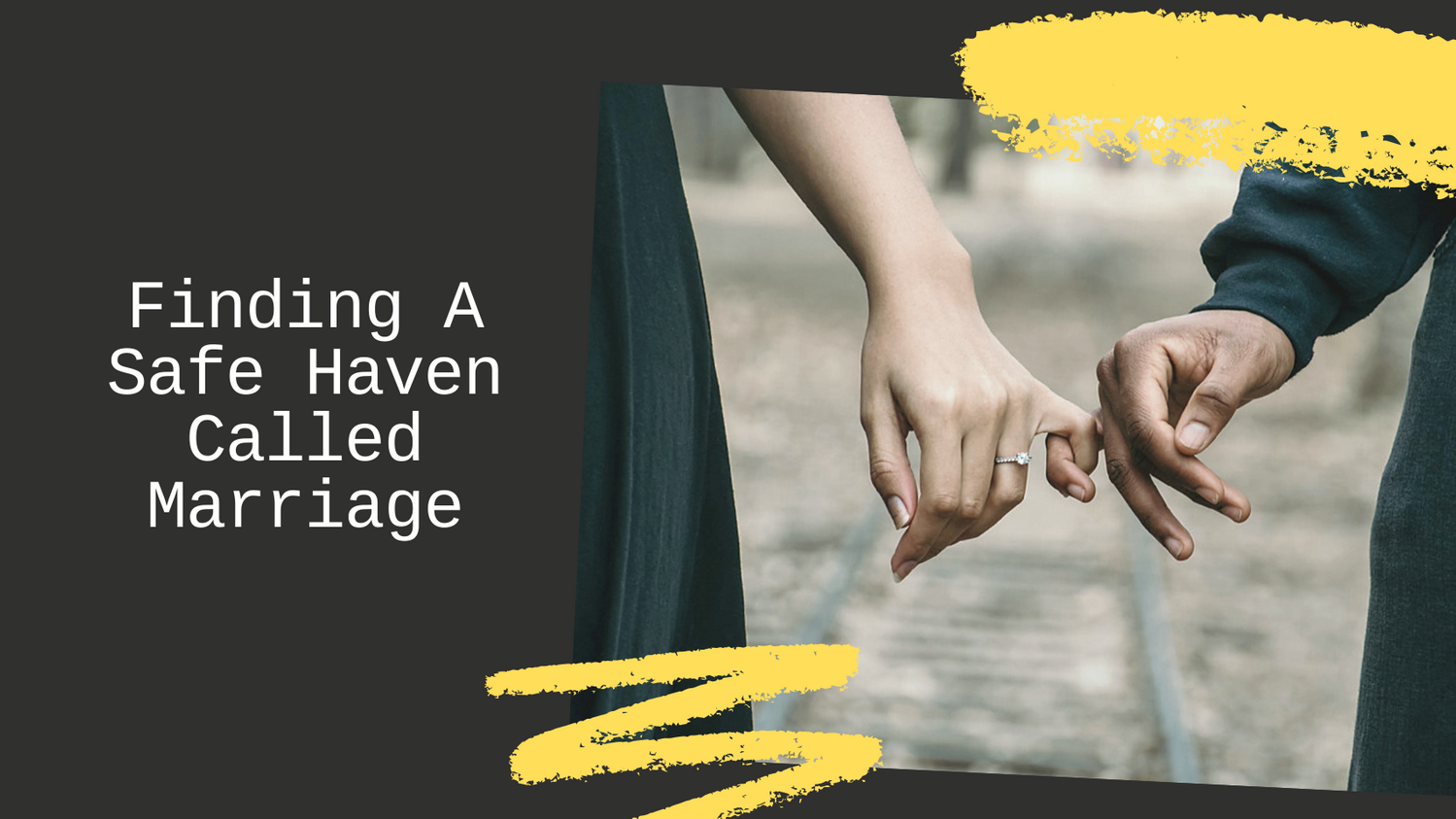 “And God spoke all these words: I am the Lord your God, who brought you out of Egypt, out of the land of slavery.… You shall not commit adultery.” Exodus 20:1 and 14

No one in this world knows me better than my wife, Donna. Likewise, I know her better than anyone else, even her parents. On our wedding day, we committed ourselves to creating a safe haven in which to live. Over the years, we have learned how to enter each other’s space in order to be the truest of people. Our marriage has become our sanctuary where we know, without doubt, we are accepted, appreciated, encouraged and trusted. Within this haven we have enhanced each other’s character, self-worth and capabilities.

A doctor was determined to prove that living together without the Christian marriage bonds was a much better way to live. After interviewing thousands of couples, the conclusions she discovered led her to become a Christian. Her thinking completely changed. The doctor became convinced of the need to marry before moving in to live with someone else. She found that people who live together, without getting married, felt insecure. There was no promise of safety. Either person was free to leave at any time. There was no commitment. This prevented both people from sharing the most intimate parts of themselves. Her findings led her to conclude that “trial relationships” are more likely to break up or lead to a divorce if the couple ever should marry. Human personalities have a much better chance to thrive in an environment where there is a shared commitment to better the other person having vowed “to have and to hold, from this day forward, for better, for worse, for richer, for poorer, in sickness and in health, until death do us part.”

One of the highlights of the book of Exodus is when God calls Moses to Mount Sinai to give to him the Ten Commandments. [Exodus 20] The Ten Commandments are not suggestions but God’s moral laws outlining the responsibilities people have to God and to their fellow man. God gave them so that life could benefit all and not just a few. One of them underscores the importance of putting a high value on the intimate physical and emotional relationship between a man and a woman. God’s seventh commandment was, “You shall not commit adultery.” [Exodus 20:14] Adultery, fornication or any sexual immorality violate a person’s safety. They can damage, disfigure or even destroy a person. Couples become suspicious and defensive. Ridicule and threats can come easy. Who wants to be tossed aside and known as Number 2.

Do you want to be married or marred? A married relationship chooses to live by God’s laws. A marred relationship chooses to live by “what’s in this for me?” laws. There is only one letter difference between the words “married” and “marred” but that one letter can make the world of difference. It is the letter “I” which means “YOU.” The key to FINDING A SAFE HAVEN CALLED MARRIAGE is YOU and not the person you are looking for. When you are married, you focus on giving before receiving and serving before being served. When you are marred in a relationship, you have focused on what you can get rather than give and what you feel you deserved.

FINDING A SAFE HAVEN CALLED MARRIAGE is priceless. When two people make a lifelong commitment to God and to each other they have begun to build that safe haven. When they decide to obey His commands, they move themselves into a position of great blessing. The seventh commandment was God’s warning to people to not give up the safe haven treasure. By allowing God to direct how to be married, you avoid being marred.

#1 What can you do today to help contribute to making your marriage a safe haven? Perhaps it may be doing something out of the ordinary for your spouse which is totally unexpected. Maybe it will be mean that you stop doing something.

#2 What can you do today to help celebrate your marriage as a safe haven?

Heavenly Father thank you for blessing my life with a soulmate that loves me and provides for me a safe haven. I am blessed to be married. Guard me from doing anything that would cause my marriage to be marred. AMEN!