Do You Make Mistakes Or Bad Choices? 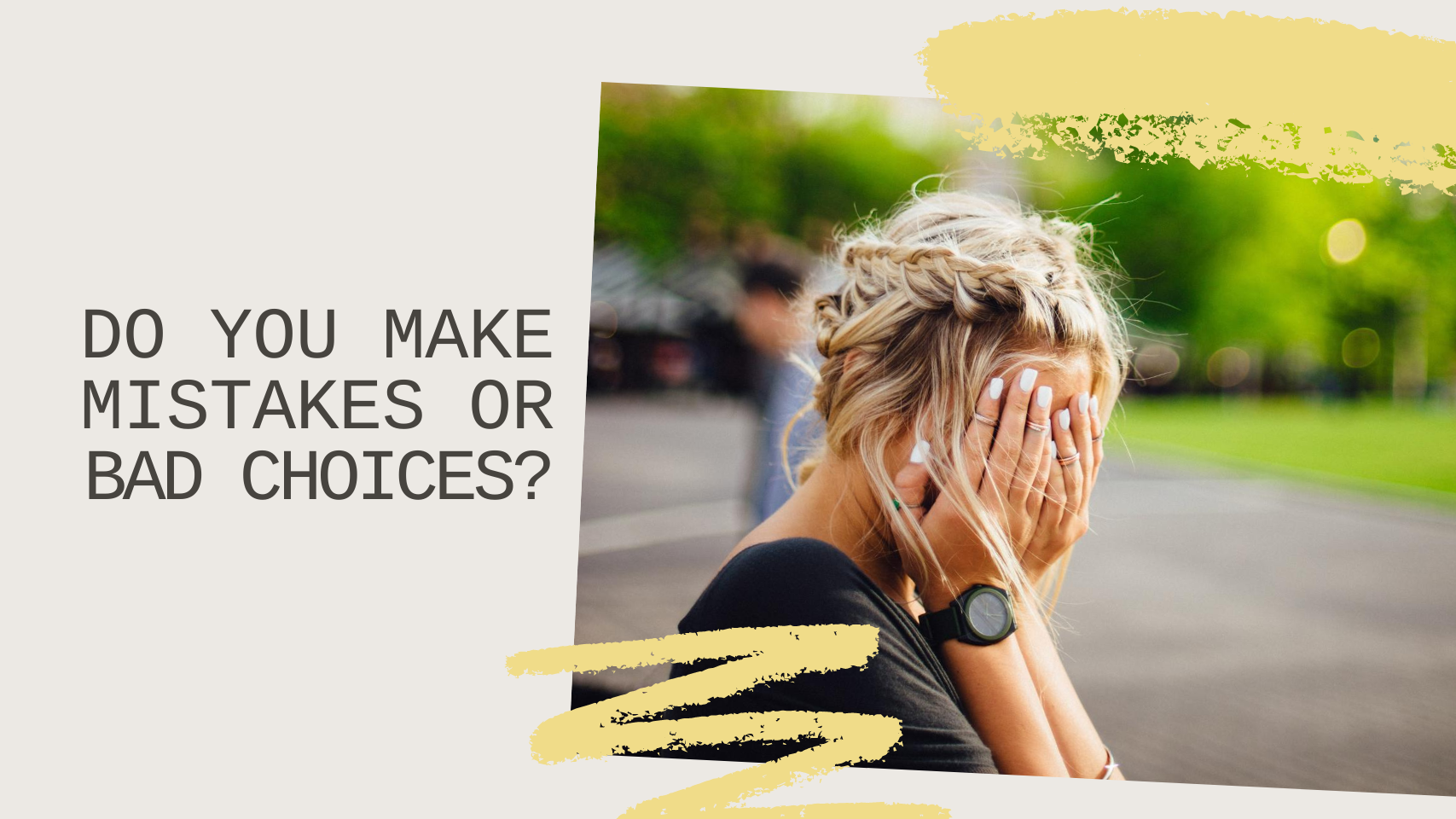 “The word of the Lord came to Jonah, son of Amitai; “Go to the great city of Nineveh and preach against it, because it’s wickedness has come up before me.” But Jonah ran away from the Lord and headed for Tarshish. He went down to Joppa, where he found a ship bound for that port. After praying the fair, he went aboard and sailed for Tarshish to flee from the Lord.” Jonah 1:1-3

When something bad happens, a person will often say, “I made a mistake.” Maybe what he/she should say is, “I made a bad choice.” There is a big difference between making mistakes and making bad choices. Someone said, “A mistake is an accident, made through oversight, misunderstanding or insufficient or incorrect information… A bad choice, by contrast, is a choice to do something, (at some level), to be wrong.”

Jonah is the author of the book that bears his name. He is very transparent about telling us that he did not make a mistake, but a bad choice. After quite an ordeal, he admitted his bad decision, accepted the consequences, but also cried out to God for mercy.

In fact, Jonah’s very bad choice not only led to very personal, severe consequences, but unfortunately, other people experienced severe consequences as well. Plain and simple, Jonah was wrong because he disobeyed God. God wanted him to take a message of His mercy to a very sinful people. Jonah did not want this nation to be given the privilege to repent and start afresh. But give Jonah credit for not calling his disobedience a mistake, but a bad choice. Just read the second chapter of “Jonah.”

People often explain away their bad choices by calling them mistakes. By so doing, they:
1) Are wanting to escape the consequences
2) Feel they shouldn’t have to be held accountable
3) Want to minimize embarrassment

Do you ever explain your bad choices as being mistakes? At the very core of this approach is the sinful nature. You are trying to save face and protect your image.

Let’s be honest:
1) Everybody makes mistakes. Making mistakes is normal/human. Mistakes are what people correct in order to do better.

2) Everybody makes bad choices. Nobody is perfect. People are given to disobey God until they surrender their lives to God’s will for living.

3) Bad choices are only corrected when the people who make them;
A - admit they had a choice and decided to do what they did
B - admit they are wrong
C - accept the consequences/responsibility
D - pay the price to go on with life

4) Many people make the bad choice to;
A - pretend they made a mistake
B - deny the truth
C - deceive
D - be swallowed up in their own stupidity

Take time to personally think through whether you admit to mistakes, or bad choices. Don’t rush this. Ask the Holy Spirit to give you illumination/insight on this issue. You will have to revisit this over a period of time in order to get a complete answer. Your prayer will reflect to God that you want to become honest with Him, honest with yourself, and honest with others.

Heavenly Father, thank You for giving to me the example of Jonah. I want to be transparent with You, myself, and others. Show me where I claim to make mistakes, rather than to admit to bad choices. AMEN!