Are You Jealous or Humble? 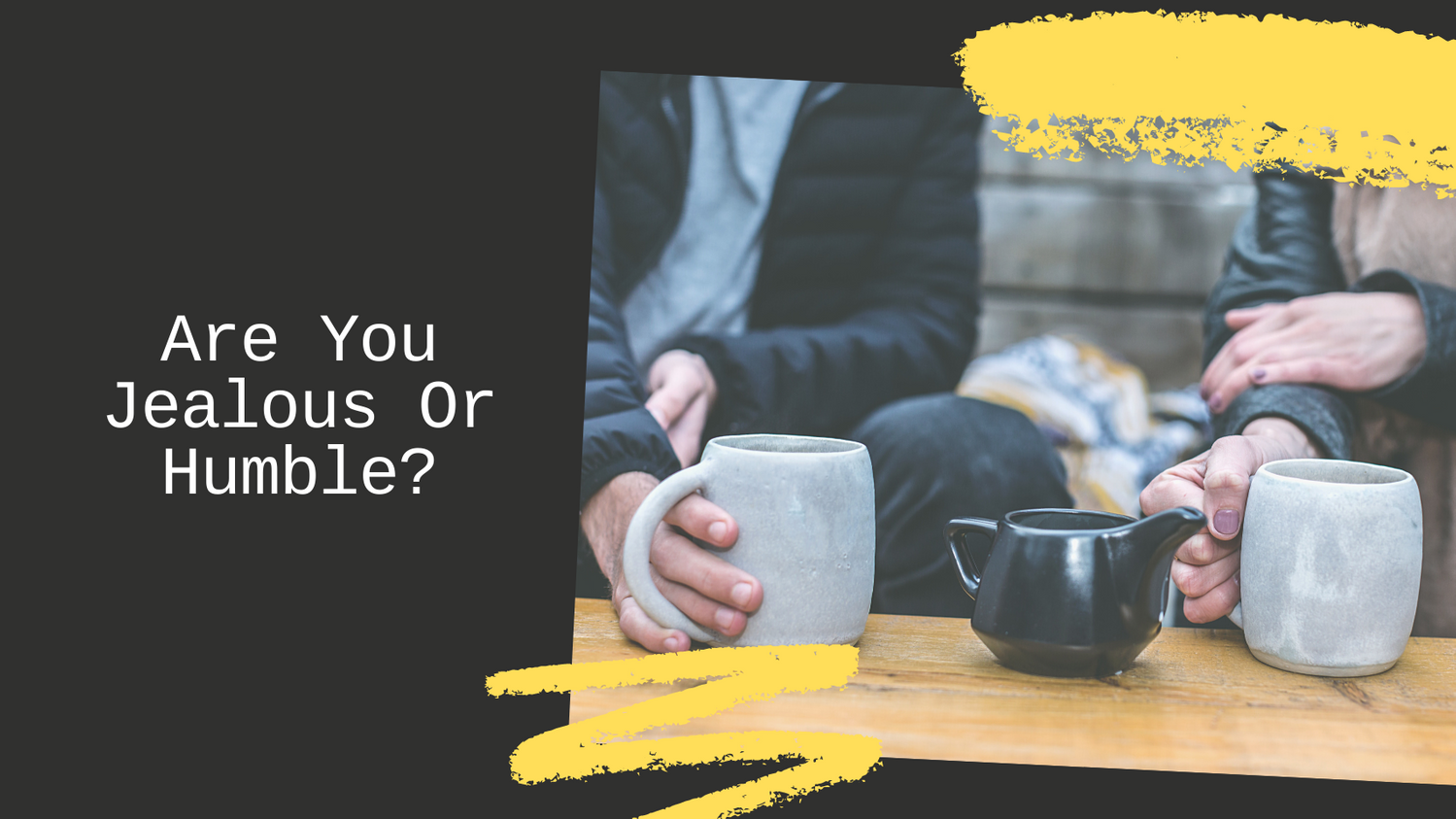 Miriam and Aaron began to talk against Moses because of his Cushite wife, for he had married a Cushite. “Has the Lord spoken only through Moses?” They asked. “Hasn’t He also spoken through us?” And the Lord heard this. (Now Moses was a very humble man, humbler than anyone else on the face of the earth.) … The anger of the Lord burned against them, and He left them. Numbers 12:1-3 and 9

Human nature is such that people find it far easier to be jealous than to be humble. When my wife Donna was a teenager, she used to go with her church girl friends to a youth camp. They stayed together in a cottage. One year proved to be very unique because Donna was very popular with the boys. More popular than all the other girls from her church. In fact, boys would come to the cottage to visit her. This caused jealousy among the ranks. One day a young man was visiting with Donna. The other girls decided to prepare some tea for both of them. Donna thought it was rather unusual but a very nice gesture until she took the first sip. The tea was filled with salt so much so that she spit it out. Without making a scene, Donna just kept talking. The girls thought this was so very funny.

Do you have a tendency toward jealousy or humility? Numbers is the fourth book of the Old Testament. It is known as the wilderness story of the children of Israel. For 40 years they wandered in the desert because of their disobedience. The people of God failed  because of a long lasting stubbornness and foolishness yet the God of the people was faithful because of His long lasting patience. You cannot have a very big crowd of people walk around in circles for 40 years without getting jealous.

One particular story of jealousy stands out in Numbers 12. Miriam and Aaron were sister and brother to Moses. Both of them became very jealous of their brother. Take time to read the whole chapter. Here are some take away thoughts from the story about jealousy.

#1 Jealousy is often disguised. At first Miriam and Aaron directed their  complaint at Moses’ wife. Maybe they did not realize what they were saying was rooted in jealousy but it certainly became clear they had an axe to grind.

#2 Jealousy stems from comparing yourself to someone. The real cause of their jealousy was Moses’ leadership. They wanted the people to see their importance like their brother’s. More control and respect were high on their want list. All of this might have stemmed from inferiority, hurt or discouragement. Comparison can easily birth a jealous spirit.

#3 Jealousy exaggerates a person’s own worth. Miriam was a prophetess and Aaron was a priest yet they believed they were not playing a significant enough role on the leadership team. Comparison can birth a jealous spirit because so often comparison leads to pride. In turn, pride opens the door to jealousy.

What happens when jealousy collides with humility? The Bible says that Moses was the most humble man living and he proved it by the way he responded to his family. Here are some take away thoughts about humility.

#1 The humble person refuses to defend himself. Moses did not respond to Miriam and Aaron the way they would have desired.  He refused to argue by leaving it to God. God had called him, qualified him and put him in the lead position. It was not necessary for him to fight back or give in to their demands. God would take care of the situation and He certainly did.

#2 The humble person will act in love toward the jealous person.  Moses did not ask for vengeance but instead forgave Miriam and then prayed for her deliverance. True humility stems from the deepest, widest most powerful love that exists. That is only the love of God.

ARE YOU JEALOUS OR HUMBLE? True humility leads a person to personally know the God of love. Moses knew God. There was not a jealous bone in his body. How about your body? Do you have any jealous bones? And let me add that Donna expressed the same humility as Moses. Never did she seek pay back. She just loved her jealous friends. When she told me this story, I remember her saying “If you really, truly love someone, you will not be jealous of them.”

You may not have a jealous spirit …..at least for this moment in time. So let me suggest a way to guard against one developing. How can you go out of your way to express humility today? In addition to having a humble spirit, what can you do today to express God’s forgiveness or compassion to someone?

Heavenly Father, guard me from being jealous. Show me when there is the least hint of it within me. I would ask that You daily remind me to be humble like Moses. AMEN!