Are You Being Shaped Or Are You Shaping? 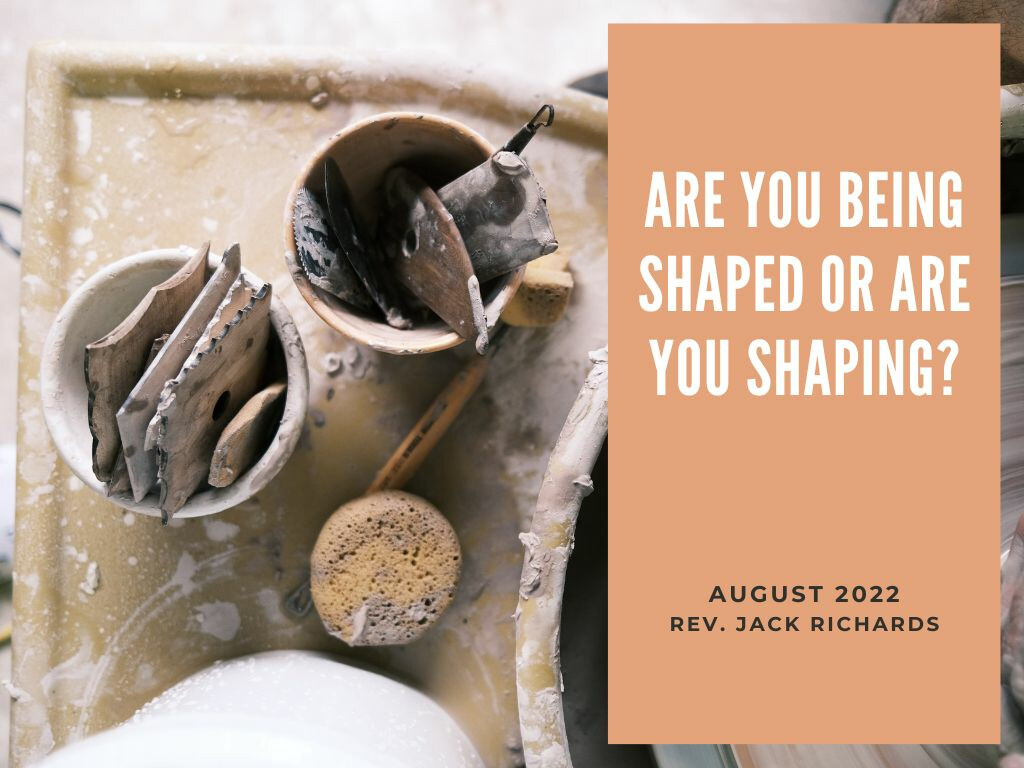 Is the American culture shaping you or are you shaping it?

United States citizens largely live the way they want to rather than the way they need to. They walk in the name of the god of comfort and what’s in it for me? They pick and choose what is important to them at the time so that they will live a comfortable life. Micah the prophet was aware of a similar situation when he wrote his book. In the above Scripture section, we learn that Micah concluded that he and his family would walk with God and in His ways without ever turning back. The Jewish people were far from doing that. They were living by ungodly principles rather than being loyal to God and His ways. They had been shaped by the ungodly culture rather than shaping a Godly culture.

ARE YOU BEING SHAPED OR ARE YOU SHAPING the culture you live in? Too many believers are influenced by the herd mentality which says the group must be right simply because it is the group. Being a part of the group does not guarantee peace and safety. Being guided by the group will not lead you to achieve fulfillment. Believers often let the voice of the people become the voice of God. Our culture teaches us to live for the moment rather than live for eternity. Our culture teaches us to say that there is nothing that is wrong. It is wrong to say that something is wrong. Walking in the name of the Lord means you choose to be Biblically-correct rather than politically-correct. Micah decided to live God’s truth no matter what may come.

Walking with God is man’s only true hope for a bright future. Winston Churchill told Billy Graham that he did not have much hope for the future unless people returned to God. [Mansfield, The Character and Greatness of Winston Churchill, Page 202]

You need to live to honor God and not yourself. Micah testified that he was not going to allow the culture of his times to shape him but rather just quite the opposite. Micah 3:8 states “But as for me, I am filled with power, with the Spirit of the Lord, and with justice, and might to declare to Jacob his transgression, to Israel his sin.” Joshua said something similar when he challenged the Jewish people with these words: “Now fear the Lord and serve him with all faithfulness. Throw away the gods your forefathers worshiped beyond the River and in Egypt, and serve the Lord. But if serving the Lord seems undesirable to you, then choose for yourselves this day whom you will serve, whether the gods your forefathers served beyond the River, or the gods of the Amorites, in whose land you are living. But as for me and my household, we will serve the Lord.” [Joshua 24:14,15]

Walking with God should lead you to produce a Godly culture. Every believer needs to regularly ask “Do my ‘wants’ direct me to my ‘needs?’” Your greatest need is not for air to breathe, water to drink, or food to eat but to personally know God. Walk with God. Walk in His ways. And walk to witness.

An unexamined life leads to a weak life. Every time you take Communion you are to examine your walk with God. Take a quiet moment to ask God the Holy Spirit to reveal to you any way that you may be allowing the culture to shape you rather than you shaping the culture.

Heavenly Father, I would ask that You reveal to me anything that I am allowing to shape me other than You and Your Word. I know that I live in this world but I do not want to become like those who live for themselves. Empower me as You did Micah with Your Spirit, justice, and strength to stand for You in an ungodly society. AMEN!