5 Facts You Should Not Forget After Being Rescued 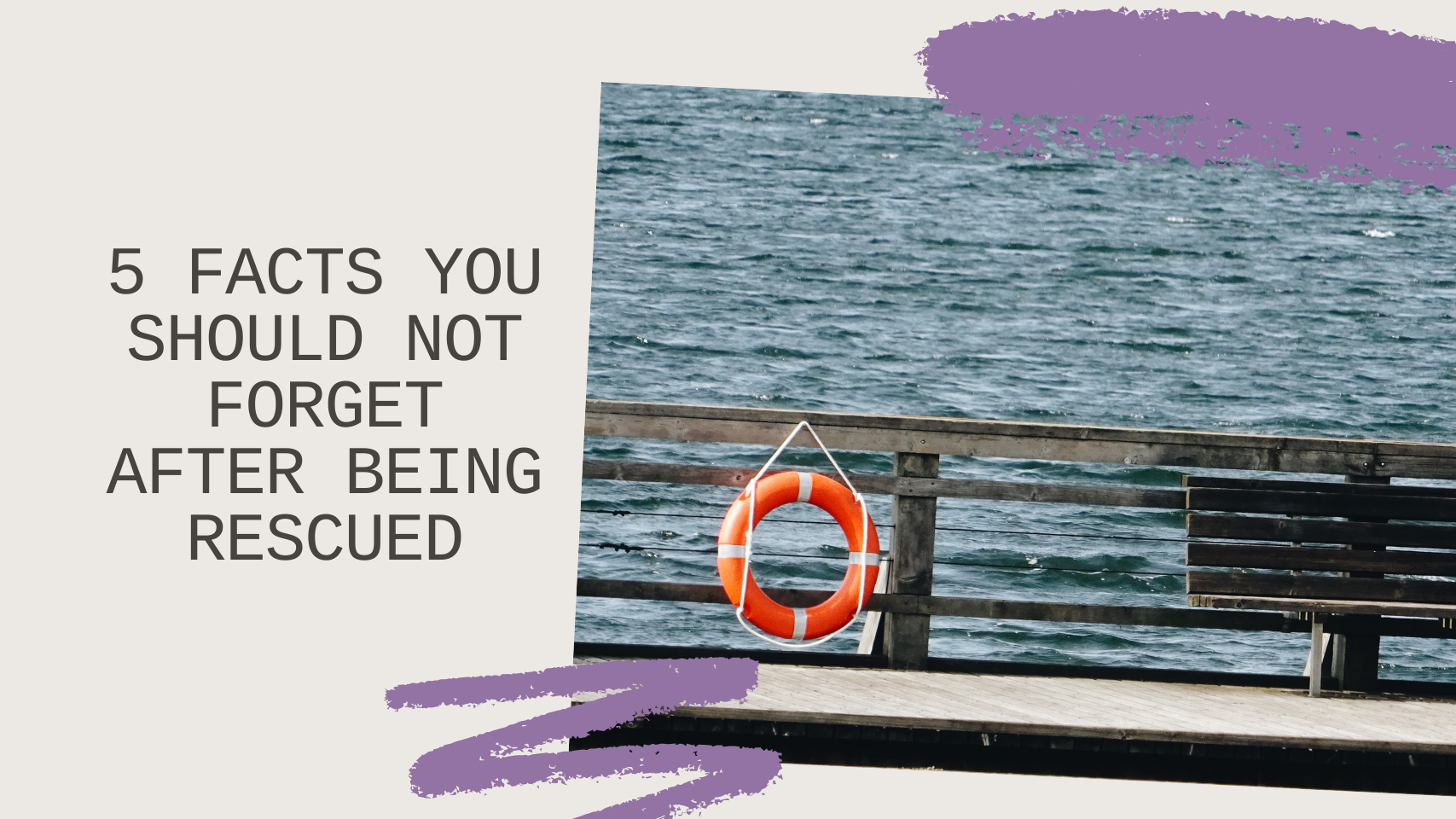 “Grace and peace to you from God our Father and the Lord Jesus Christ, who have himself for our sins to rescue us from the present evil age, according to the will of our God and Father, to whom be glory forever and ever. Amen.” Galatians 1:3-5

Have you ever needed to be rescued? As a young boy, I had not yet learned how to adequately swim. While coming into shore by boat, I had the driver drop me off at a raft, which was a considerable way from shore. In my attempt to get from the raft to shore, I got nervous, then weak, and began swallowing more water than I could drink. A man on the beach recognized the seriousness of the situation. He swam to me, battled with me, and ultimately saved my life.

Five facts stand out to me about that day:

1) I was given the gift of life for a second time.
2) Someone had to volunteer to rescue me.
3) The danger I was facing was life threatening.
4) The rescue operation was intentional not accidental.
5) Only my personal rescuer deserves the credit for having saved my life.

A born-again Christian is a rescued person. Paul wrote the Galatian churches to remind them they had been rescued from sin. Look at the similarity between the five unforgettable facts I experienced, and what Paul is saying to the churches in Galatia. Look at our Scripture text:

1) The gift of life is being given to someone for a second time. Paul tells the Galatian Christians that this is what they have experienced. He writes, “Grace and peace to you.” Grace is the unearned favor God has toward sinners who are separated from Him. To be separated from God by sin means you are “drowning,” and about to die. Grace is God’s rescue operation by Jesus Christ, Who came to save anyone who wanted to be rescued. And grace brings peace. Peace is the state of being reconciled to God. Through Jesus Christ’s
rescue, you are no longer separated from God. You are secure because you are in a right relationship with God.

3) Someone’s life must be in danger. Paul writes, “to rescue us from the present evil age.” A Christian is a person who realizes that his/her life was in earthly and eternal jeopardy. Life was meaningless, and life after death was impossible to achieve. He/she desperately needed to be rescued.

4) God’s rescue operation was fully intentional and in no way accidental. Paul says it is “according to the will of our God and Father.” The death of Jesus Christ was no historical accident. God took the initiative. The rescue was deep on the mind of God. Read again the most well-known verse in the Bible found in John 3:16. Think of a judge who not only pardons a person from a penalty due to guilt, but also cancels the guilt of the offender by paying for it with his own son.

5) No one else should get the credit for the rescue other than the rescuer. Paul writes, “to Whom be glory forever and ever. Amen.” No one can ever be given the credit or glory and praise for the salvation of mankind, other than God the Father, Jesus Christ the Son, and the Holy Spirit. Man cannot save himself.

Many years ago, there was a ship crossing the Atlantic. Onboard was a very tough sailor. The ship strayed into a storm path, and one of the masts that supported booms and rigging, snapped. The captain called men to cut away the mast. Among those put to the task was Mr. Tough Guy. He resented the assignment and also often spoke vehemently against God.

While working at the snapped mast, the ship had a succession of waves, and the sailor was swept overboard into the ocean. He was a good swimmer, but the storm was very fierce. Soon the sailor was exhausted. The thought came to him that he was going to be lost forever. In this life-threatening situation, he cried out to Jesus Christ to save him. And then he lost consciousness.

The storm ended and a crew was cleaning up. The missing man was found. While one wave had carried him overboard, evidently, another had tossed him back. When he regained consciousness his first words were, “Thank God I’m saved.” He had been saved from death by drowning, but also saved from eternal death. He well knew it.

Ask yourself these questions:

1) Do you need to be rescued from your sin, or you have been rescued? Which are you?

2) If you desire to be rescued, then pray the prayer below in, SOUL TIME PRAYER.

3) If you are a believer, write out your rescue story so that you will be able to share it, and clearly communicate it with people. Answer questions like when, why, and how you realized you needed Jesus Christ to rescue you.

4) What can you do to remember the 5 facts of your personal salvation rescue, so that you will always be thankful?

Heavenly Father, I realize that I am “drowning,” when it comes to doing this thing called life. I do not know how to live well. I have messed up. I could easily lose my life. I am a sinner who needs Your Son, Jesus Christ, to rescue me from my self-centered way of living. Take control of my life today. Make Yourself real to me. Thank You. AMEN.